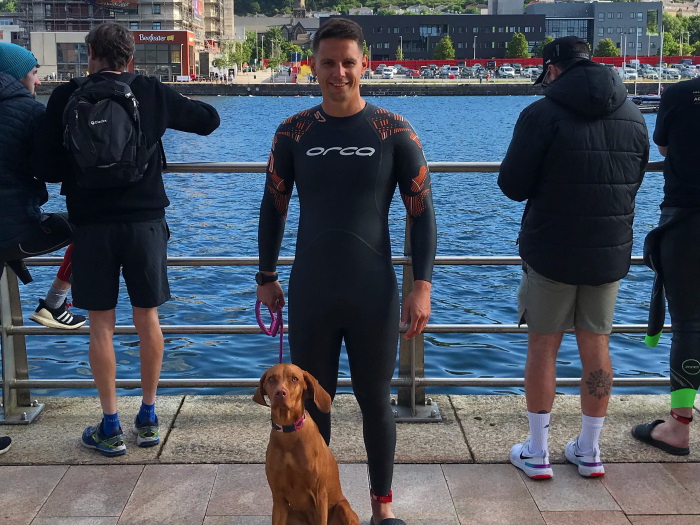 A year of Triathlons! As a spectator, it has been enormous fun supporting the athletes competing in Triathlons in South Wales. Over varying distances and terrains, it has been really enjoyable watching some of the best athletes in the country perform in the swimming, cycling and running phases of the events.

The first event of the year took us to Swansea Triathlon. It began on a sunny morning at the end of May, where the athletes gathered around Swansea Marina for the start of the race. The event was run by Activity Wales Events, and was quite a show with fireworks to mark the start of each heat. Following the 750M swim was a 20KM bike ride and 5KM run laps along Swansea Bay with the race finishing up at the National Waterfront Museum.

The second event of the year was at Port Eynon for Gower Triathlon in mid-July which held both an Olympic Distance (1.5KM swim, 37KM bike and 10KM run) and a Sprint Distance (750M swim, 25KM bike and 5KM run). It was a very hot day, with the event starting on the beach at Port Eynon for a sea swim followed by a picturesque bike ride on Gower and the run looped around the sand dunes on Port Eynon beach.

Swansea Ironman took place July 2022 on a very hot day. Professional athletes from around the UK such as Alistair Brownlee competed in the inaugural event. We watched the athletes swim in the Marina, then transition onto their bikes and ride out across Gower then back for the run along Swansea Bay.

Tenby Ironman takes place early September, started at 7am. Swim takes place on the beach, with the crowds overlooking, then go on the bike around Pembrokeshire, then the run is laps around Tenby. Fantastic event, really well run, great for spectators to be able to cheer and support the athletes with a fun atmosphere. Podium finish and interview with the winner. A new feature in 2022 was that first timers can ring the bell on completing the Ironman!

The final event of the year was Mumbles Triathlon at the start of October. The options of both a Sprint Distance (750M swim, 32KM bike and 5KM run) and a Middle Distance (1.9KM swim, 90KM bike and 13.13M run). The race began with the competitors entering the water for the swim outside Verdis before heading out on a bike ride across Gower and then finishing with a run along Swansea Bay.

We would highly recommend attending one of these brilliant events, the atmosphere at a triathlon is electric, and even better if you fancy competing in one of them, then you can’t get more beautiful scenery than South Wales! 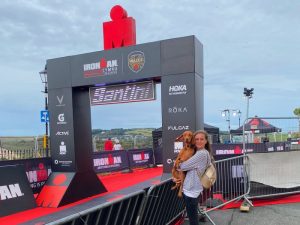 Tenby Ironman 2022. Dogs can spectate too! 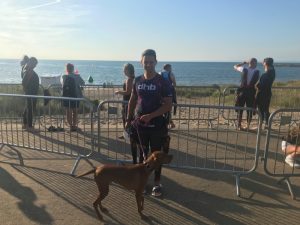 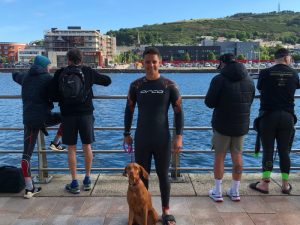