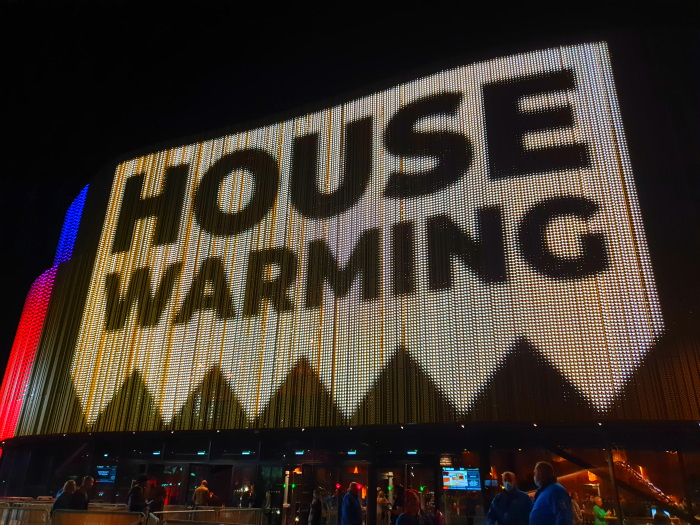 Last night we attended the opening night of the new Swansea Arena. And it was fantastic!

The 3,500 capacity venue is located in the new Copr Bay area, within short walking distance of Swansea Marina and the City Centre. As a test event not all of the areas were open. The coastal park section is due to be open in the next few weeks, which wil be exciting to see. It will include an eco restaurant/bar The Green Room from the same team as the nearby Secret Beach Bar & Kitchen. The official arena launch will be on March 15th with comedian John Bishop’s latest stand-up show.

The external lighting panels (with 95,000 LED lights!) which wrap around the building were very impressive and gave a great first impression on arrival. And the new Copr Bay Bridge, which links the City with the Arena, looked stunning all lit up.

Inside it was great to see Shipwreck ale on draft from local suppliers Gower Brewery. A few more bar staff would have been welcome to get the queues moving along a bit but that was our only minor gripe. Having bars inside the main auditorium meant you didn’t have to miss any of the action even when waiting for your drinks.

This ‘Housewarming’ weekend features a lineup of local bands. The first to kick off the night were The Vega Bodegas whose song ‘Rupert Are You Ready?’ provided the night’s earworm, and their set included a shoutout for hashtag Llanelli! Next up were Inscape, who after a hesitant start, really got the crowd going. Things picked up a pace even further when The Now came on stage. And by the time headliner Swansea band Trampolene came on you could really get a feel for what the Arena will be like at capacity. It is going to be so good! Trampolene mix up spoken word with bare-faced guitar rock. As a finale to the Arena’s opening night they were perfect!

Tonight will see more local bands take to the stage: Prosperina, Cities, Fallen Temples, Pearler, King Goon, and Clyne Farm favourites Lost Tuesday Society & The Orange Circus Band. If last night was anything to go by then tonight’s gig-goers are in for a real treat!

Congrats to everyone involved in making the Arena a reality – it looks like it will prove to be a great asset to Swansea and surrounding areas. We can’t wait to see what exciting bands and acts the Arena will attract to the area! 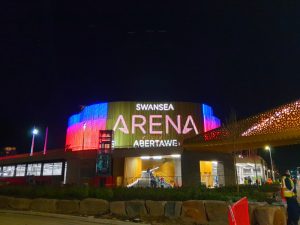 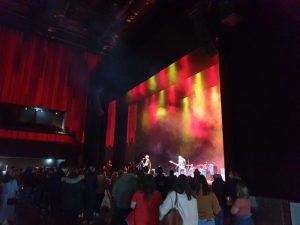 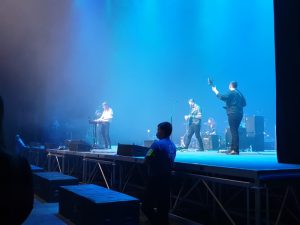 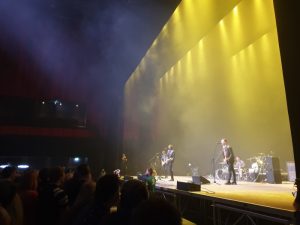 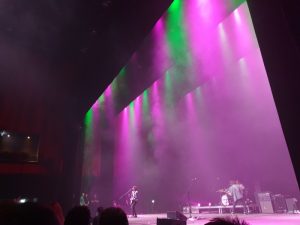